With hemp constantly in the news, one might assume that it’s a relatively new discovery. In reality, hemp is one of the oldest crops in the world, having existed for around 10,000 years now. Back in the 1600s, it was the law of the land to grow hemp in North America and was considered a vital crop. However, it hasn’t exactly had an easy run for the last 100 years or so. Years of propaganda and misinformation led to hemp being deeply stigmatized and even banned. Though hemp was recently legalized in the United States, changing state laws can be hard to keep up with; and some still wonder if hemp is illegal.

The history of hemp in the United States 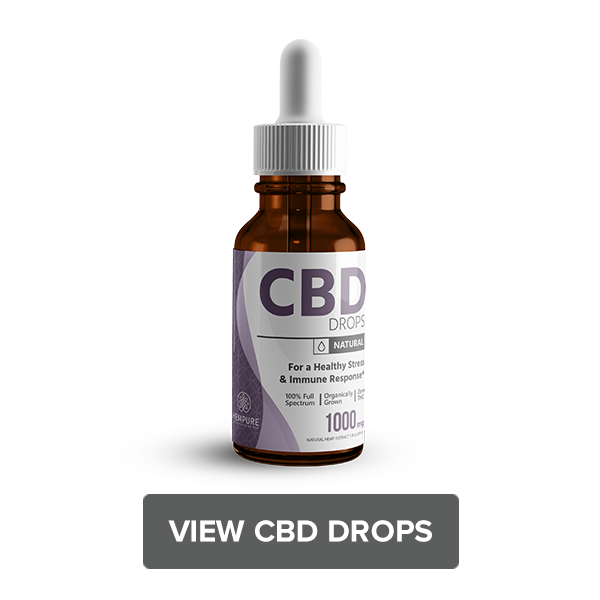 Through most of hemp’s long history, which dates as far back as the 1700s, it has not been used as a ‘drug’ so to speak. Unlike its psychoactive cousin marijuana, hemp contains less than 0.3% THC, which is the cannabinoid that can get you high. Instead, hemp was used to make paper, textiles, ropes and clothing. Things changed in the early 1900s when the West was introduced to the practice of smoking cannabis, which was popular among immigrants. Racial prejudices ostensibly played a role in the West seeing cannabis (and by extension, hemp) as a dangerous plant.

By the 1930s, many states had criminalized marijuana consumption. Because federal law didn’t differentiate between hemp and marijuana, they were effectively outlawed with the Marihuana Tax Act of 1937. It was in 1970 that decades of anti-cannabis propaganda paid off with the introduction of the Controlled Substances Act. The act gave all forms of cannabis, including hemp, the status of a Schedule I drug. That’s when it became illegal to grow or sell hemp in any form.

Nevertheless, it was still legal to purchase hemp from international sources, which is why you may have seen hemp items being legally sold in the country for many years. It’s been imported and used to create fabrics for carpets, upholstery, and clothing. Mexican baja hoodies, also called ‘drug rugs’ are often made using hemp, and share a connection with stoner culture. 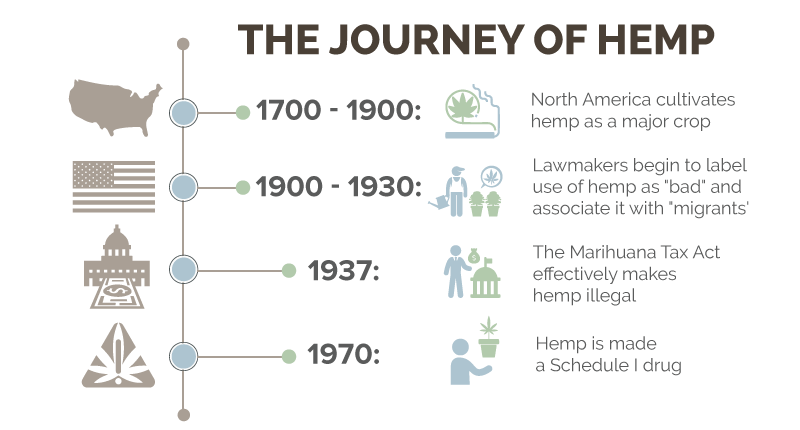 The background to the 2018 Farm Bill

Oregon is considered to be the frontrunner in getting the ball rolling on hemp cultivation. In 2009, the state started to approve farmer’s licenses to cultivate industrial hemp. Don’t be confused by the addition of the word ‘industrial’. Industrial hemp, is in essence, hemp: the stalk, seeds, oil, and leaves of the plant. Industrial hemp is just the term used to specify that the use of the plant is for industrial (as opposed to personal) uses.

In 2013, after Colorado legalized marijuana, farmers in the region began the first widespread cultivation and production of hemp in the country in more than 50 years.

In 2014, the federal government passed the Agricultural Act of 2014 (also called the 2014 Farm Bill). The act allowed for the initiation of a Hemp Farming Pilot Program, wherein higher educational institutions and state agricultural departments could grow hemp without the permission of the DEA or Drug Enforcement Agency. After that, many states followed suit and began producing hemp, including Kentucky, North Carolina, and Washington State.

By 2015, estimates of the collective value of annual sales of hemp products were around US$600 million.

In December 2018, President Trump signed the Farm Bill that revolutionized the US hemp industry in several ways.

Hemp (a cannabis sativa plant with less than 0.3% THC) is no longer a controlled substance, but an agricultural commodity. More importantly, hemp is legalized at the federal level, and not just for pilot programs or research purposes. It is now easier for farmers to get production licenses, get loans to grow hemp, and get federal crop insurance on hemp. Prior to this, farmers who wanted to cash in on hemp production faced several challenges – restricted access to banking, water rights and more. The bill gives US Department of Agriculture as well as state agricultural agencies the responsibility of drafting regulations.

What the bill doesn’t allow for, is individual production of hemp for recreational or medicinal purposes, except on tribal lands. 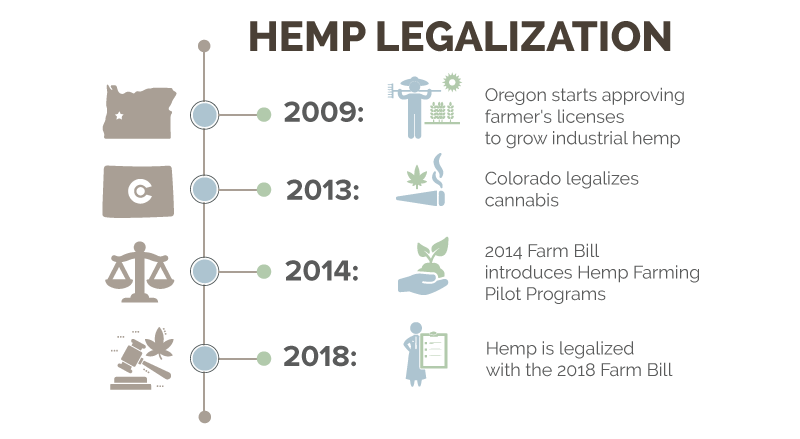 As far as crops go, hemp is moderately easy to grow, especially when compared to crops like cotton and corn. The bill aimed to give farmers the ability to lawfully grow and reap the income off of the hemp plant. Senate Majority Leader Mitch McConnell from Kentucky was a driving force in pushing the bill forward. It is his belief that, given appropriate support, hemp could even replace cash crops like tobacco in his state. Farmers in Kentucky feeling the economic impact of a decline in cigarette sales were hopeful about the prospect of hemp as well. Another factor that makes hemp an attractive crop for farmers is that it is also a bioremedial plant that detoxifies the soil and could prevent soil erosion. After a very long time, farmers are now able to benefit from this incredibly friendly crop.

Additionally, many skeptics in the industry refuse to open their minds about the therapeutic potential of hemp-based products, particularly CBD. The legalization of hemp opens up several research opportunities with CBD, which was earlier very restricted. Many universities across the country are already investing in research on CBD. This is good for the CBD industry - with empirical research from scientific placebo-controlled trials, the industry and mainstream media will finally have clarity on the potential of CBD.

Where is hemp still illegal?

There are a few considerations to the bill. Even though it has been signed into federal law, individual state laws still differ on the matter. Some states still consider it illegal to grow hemp. As of 2019, at least 47 states had begun drafting legislation to establish industrial hemp cultivation and production programs. In the states of Idaho, South Dakota and Mississippi still consider growing hemp illegal. However, there’s hope - Mississippi is on the path to legislation too.

Another caveat to the bill is that convicted felons must wait 10 years before they could be permitted to legally grow hemp. Activists believe that this caveat only reinforces the belief that hemp needs to be treated unlike any other agricultural commodity.

As you can tell, the path to legalization for hemp has been a long and arduous one, and it’s still not over. Hemp businesses continue to face challenges in traditional sales and marketing. Many online advertising platforms and payment interface institutions still do not differentiate between hemp and marijuana. Hopefully, the future will come with more education, more regulation, and no more misrepresentation.