Get FREE 250mg CBD Drops on your purchase of Volupta Intimate Oil. Use code: VOLUPTA250

THE HISTORY OF CBD

CBD has a long and storied past. Thought by some to be one of the first plants ever cultivated by humans, hemp has played an important role throughout much of human history. Astrophysicist Carl Sagan even theorized that hemp may have been the first ever agricultural crop and may have lead to the development of civilization.

Evidence of hemp cultivation was discovered in an ancient village in Taiwan dating back over 12,000 years1, and the FIRST REPORTED MEDICINAL USE OF HEMP OR CANNABIS DATES BACK TO AROUND 2900 BC IN ANCIENT CHINA.2

The Chinese emperor Shen Yeng, considered by many to be the father of Chinese medicine, believed that hemp had medicinal properties and could be used for a wide variety of ailments. He frequently drank tea made with the plant.

Yeng authored a text known as the Pen Ts’au. Still used by practitioners of Chinese medicine, it was one of the first medical texts to make reference to the therapeutic powers of the cannabis plant. Many priests and people being treated by Chinese doctors at the time would have been given a form of Cannabis for their maladies.3

As the Romans began their devastating military campaigns around North Africa, Europe, and Asia Minor, they discovered hemp in many of the regions they conquered.

A Greek physician known as Pedacius Dioscorides accompanied the Romans on many of their campaigns. He gathered many of the plants he discovered in foreign lands and studied them as for their potential curative properties. He compiled his findings into a book, which became known as the MATERIA MEDICA.

It covered over 600 different plants and their various effects and included cannabis as one of the plants that held medical potential.4

In the 1500s, Growing hemp was actually required by all farmers in England. Not growing hemp could result in a substantial fine. The 1619 Virginia Assembly held in London5 decreed that the same would be required of the developing colonies in the Americas:

For hemp also, both English and Indian, and for English flax and aniseeds, we do require and enjoin all householders of this colony, that have any of those seeds, to make trial thereof the next season. 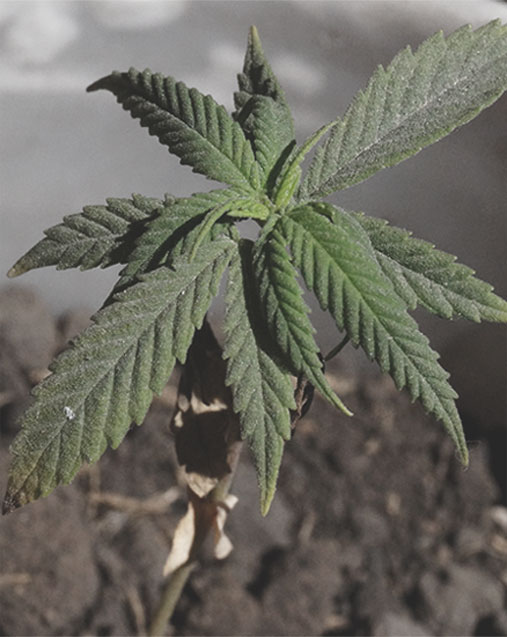 “It would be really interesting if in human history the cultivation of marijuana led generally to the invention of agriculture, and thereby to civilization.”

– Carl Sagan
The Dragons of Eden, Speculations on the Origin of Human Intelligence

THE CULTIVATION OF HEMP BECAME A STANDARD IN THE DEVELOPING NATION.

During the early times of colonial America, people used hemp as a means of creating rope, clothing, and other materials. After 1700, hemp was again used as a way of treating medical conditions.

In 1753, Hemp was given its scientific name, cannabis sativa, by a Swedish scientist, Linnaeus. As an ingredient in patent medicine used in the treatment of gastrointestinal maladies, cannabis as medicine was common throughout much of the 1800s.

For thousands of years, hemp and cannabis were used as medicine, for textiles and fabrics, and were a major part of everyday life.

For thousands of years, hemp and cannabis were used as medicine, for textiles and fabrics, and were a major part of everyday life. 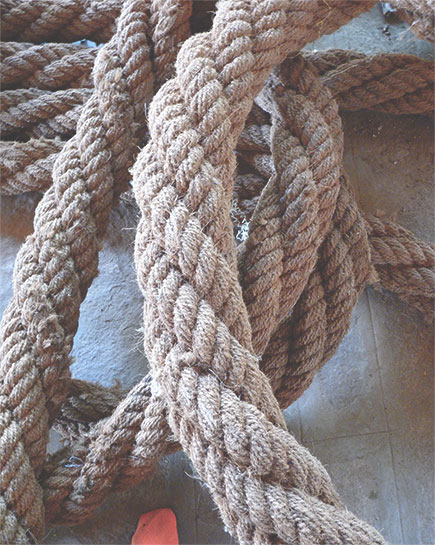 The propaganda surrounding cannabis only began to surface in the United States and the Western World throughout the early 1900s, specially following the mexican revolution of 1910, when immigrants brought with them the practice of smoking cannabis recreationally. 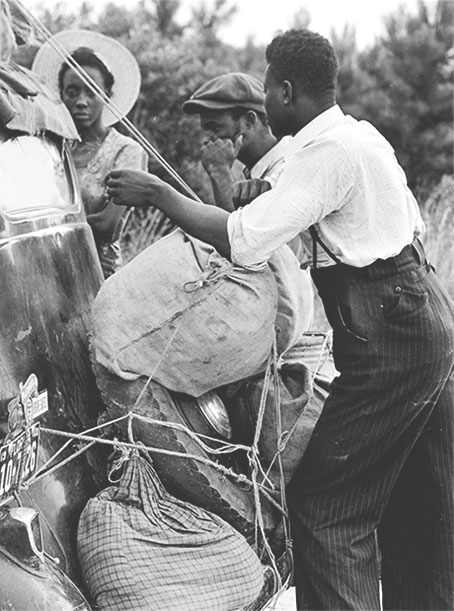 Racial prejudices of the era demonized the plant by association, and subsequently, massive unemployment during the Great Depression increased public resentment and fear of Mexican immigrants, and thus escalated public and governmental concern about the potential “problem” of marijuana. By 1931, 29 states had outlawed marijuana.

However, the real national, and subsequent international, the backlash against the plant is largely due to the work of Harry J. Anslinger, founder of the Federal Bureau of Narcotics, and director from 1930 to 1962; effectively America’s first Drug Czar.

From 1917 to 1928, Anslinger had worked on with various government agencies to help tackle international drug trafficking, focusing mostly on things like opium. When he returned to the states from international work, he took a position with the Treasury Department’s Bureau of Prohibition. Following the end of prohibition, he founded the Bureau of Narcotics and began a sweeping anti-cannabis campaign.

Anslinger was a staunch critic of the plant, often ignoring medical opinions and outright fabricating negative accounts of cannabis use and its effects. He wanted legislation to get passed to ban the plant and make it illegal for all uses, despite noting in his comments that the resin of male plants had no intoxicating effects.

He knew that by referring to it as “marijuana” rather than cannabis, he could create a narrative that the plant was something foreign that was “invading” the United States, rather than accurately portraying it as something that had been used within the country for hundreds of years.

Utilizing early films and propaganda pieces like the infamous Reefer Madness (1936), despite a general rarity of actual use for smoking, the public’s opinion of cannabis began to change. 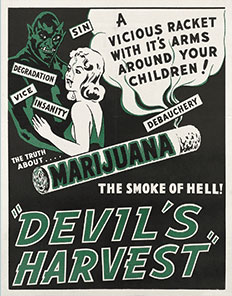 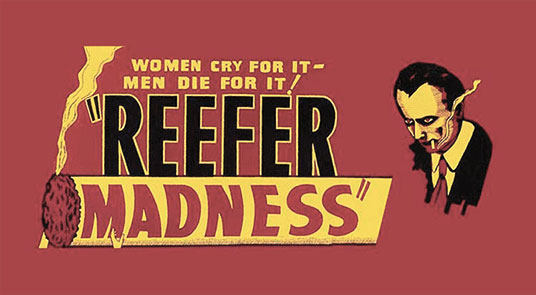 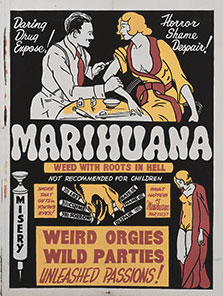 Anslinger’s smear campaign was furthered by William Randolph Hearst, a newspaper owner who also had a significant stake in the timber industry.

Hemp was a potential threat to Hearst’s timber business for paper production. He encouraged advertising and articles in his newspapers citing the dangers of cannabis. Some of these articles were later used by Congress in their decision to ban hemp.

The Marijuana Tax Act of 1937 banned both hemp and cannabis from being sold in the United States, cementing its illicit status into law. 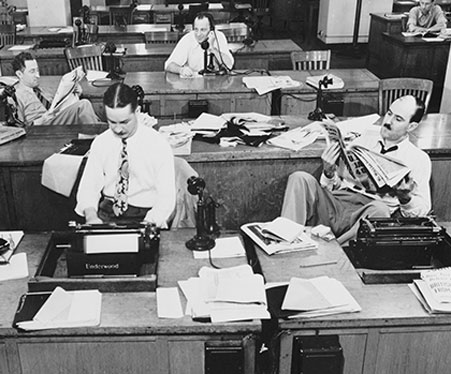 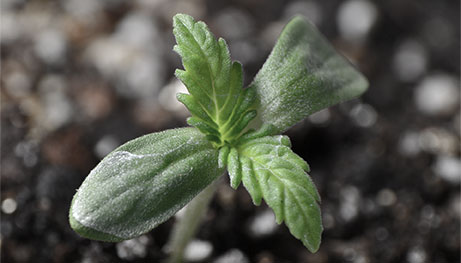 THE DISCOVERY OF CBD

CBD was discovered within the hemp plant in the 1940s. Dr. Roger Adams’ team at the University of Illinois were the first to discover the compound. However, they did not realize what exactly they had discovered.

Another researcher, Dr. Raphael Mechoulam, realized that scientists had discovered the isolated compounds that gave opium and the coca leaf their intoxicating properties and was confused as to why the same had not been done with cannabis.

He successfully isolated cannabidiol, mapped out its structure, and began studying its properties and effects in 1963. 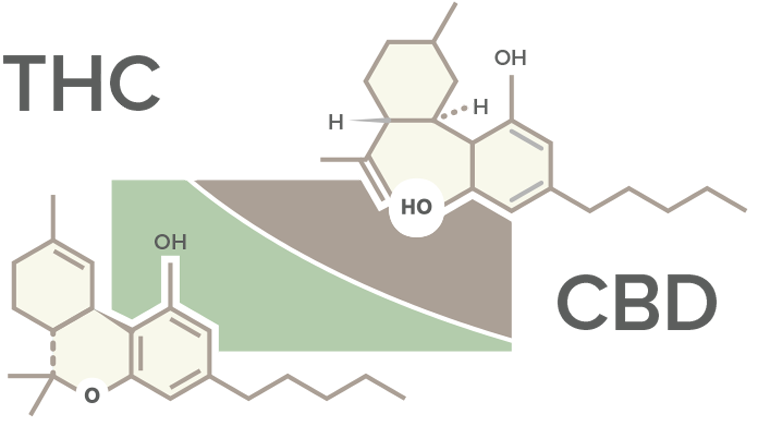 MANY PEOPLE CONSIDER DR. MECHOULAM TO BE THE GODFATHER OF CANNABIS SCIENCE.

His work resulted in the discovery and isolation of THC 1964. He also was the first scientist to begin testing isolated cannabinoids on primates and humans. In 1980, he conducted the first study examining the effects of cannabis on patients with epilepsy. This first study proved to lay the groundwork for much of the research into cannabis for medicinal purposes that would take place over the coming years.

Mechoulam and many other scientists continued to question how CBD, THC, and the other hundreds of cannabinoids found in cannabis worked within the human body.

IN 1988, THE FIRST CANNABINOID RECEPTOR WAS DISCOVERED.

Today enormous amounts of research are being done on CBD, THC, and other cannabinoids present in cannabis and hemp. Though there can be many regulatory hoops to jump through for researchers to get government approval, in 2016 the US Department of Justice began to relax its restrictions for research. When the DoJ issued these changes in 2016, they noted: “In December 2015, we waived certain regulatory requirements for researchers conducting FDA-authorized clinical trials on cannabidiol (CBD), a constituent part of marijuana.”7 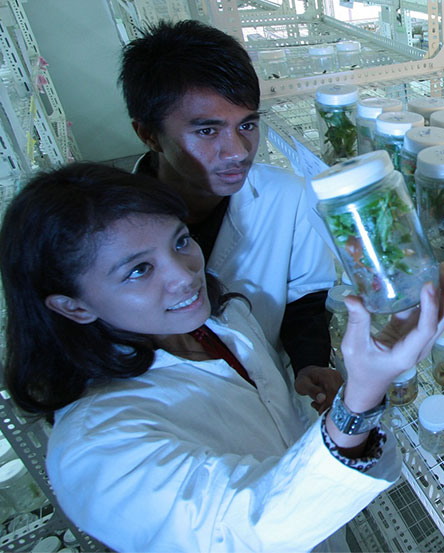 The waivers, when granted, enable researchers to modify or expand the scope of their studies more easily. Currently, there are 90 researchers registered with the DEA to conduct CBD research on human subjects. We have approved every waiver application that has been submitted by these researchers – to date, a total of 47. In the two years following that number has grown and new studies continue to be conducted every day to discover the ways CBD and hemp may have the potential to radically alter the way we view modern wellness.