If you’re taking a nutritional formulation, whether it’s  CBD or a vitamin, you want to know that it’s giving you definite benefits. Most oral pharmaceuticals are formulated keeping in mind something called the ‘first pass effect’ or ‘first pass metabolism’. This phenomenon reduces the amount of an administered substance that reaches one’s bloodstream. In other words, the first-pass effect is an important factor that affects bioavailability. What does this mean when it comes to CBD, and how can better knowledge of the first pass effect help you make better purchasing choices? Let’s find out!

What exactly is first pass metabolism?

In medical terms, first-pass metabolism or presystemic metabolism is defined as the rapid uptake and metabolism of an active compound into inactive compounds by the liver, immediately after enteric absorption and before it reaches the systemic circulation. [1] 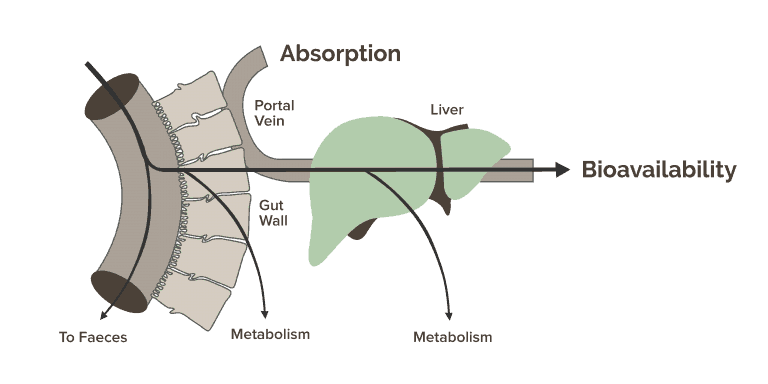 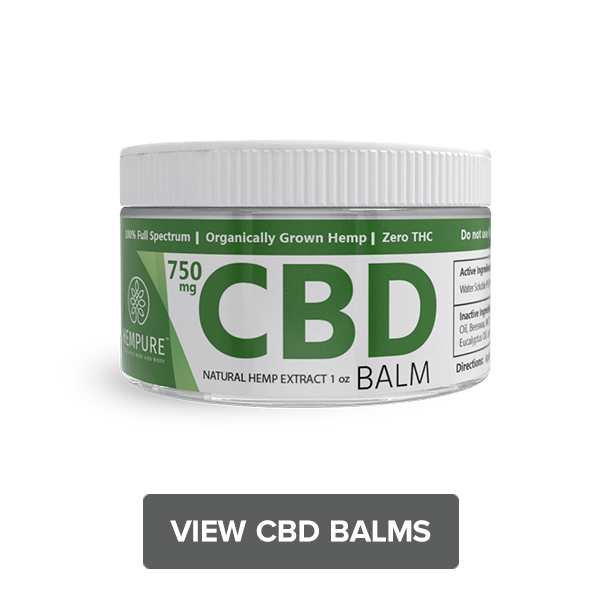 Here’s what this means. If you were to take an aspirin pill for a headache, it would go through your gastrointestinal system, through the portal vein, wind up in your liver, and then enter your bloodstream, after which it would relieve your pain. At every step of the digestive process, some amount of the active ingredient in aspirin would be lost, especially in the liver. Even though most tissues can metabolize drugs, the liver is the frontrunner in the process. The process by which a drug’s concentration is reduced in the liver is called ‘biotransformation’. The oral bioavailability (the amount of a substance that makes it to one’s bloodstream) of aspirin is 68%. Essentially, if you took 100mg of aspirin, 68mg would make its way to your bloodstream. [2] Some common pharmaceuticals that have a high first-pass effect are morphine and propranolol.

Factors that can affect the first-pass effect

Since the gastrointestinal tract and liver are so important to first-pass metabolism, anything that significantly affects them will affect the intake of a substance.

Research suggests that a common supplement, St. John’s Wort, can reduce the bioavailability of certain compounds.[3] It does this by enhancing the production of certain proteins, that lead to greater metabolism of the drug.

tends to have the opposite effect of St. John’s Wort. It decreases the production of the same proteins, leading to much higher quantities of other compounds being absorbed. [4]

Since the liver is the key player in metabolizing drugs, any issues that affect it will also affect drug absorption. Patients with liver cirrhosis tend to absorb much higher quantities of oral drugs since the liver cannot properly do its job. A person with liver disease must be careful when dosing CBD or any other vitamin.

Not at all! Manufacturers are usually careful about formulating their products in a way that lets enough of an active ingredient into your bloodstream. However, some manufacturers have to work harder than others. Some substances are poorly absorbed, especially ones that are not water-soluble, like CBD.

When a substance has a high first-pass effect (or low bioavailability), healthcare professionals may try and avoid the oral route and use other methods of administration, which we’ll elaborate on shortly. There are also some ways to use oral delivery while still enhancing bioavailability. Considering that the human body is 60% water, CBD’s insolubility combined with the first-pass effect leads to bioavailability of about 4-20%. If formulated correctly, companies can make sure that enough CBD is absorbed to create a therapeutic effect. 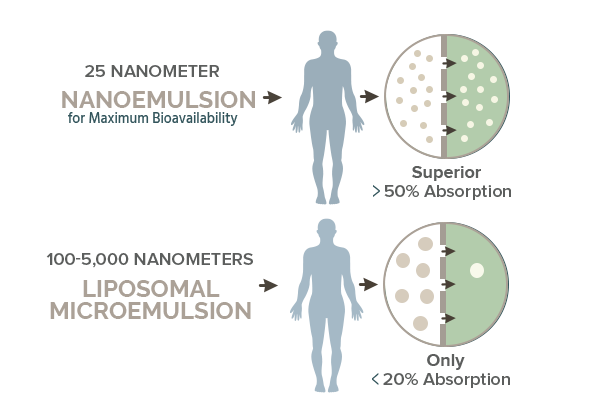 Recent advancements in biotechnology have led to massive innovation in the field of nanoparticles for the delivery of medication. One of the most exciting of these is the  nano-emulsification of CBD. Experts suggest that nano-emulsification could increase the bioavailability of a substance by up to 25 times the original![5] To nano-emulsify CBD, it needs to be broken up into droplets that are 10-100 nanometers in diameter. For reference, a nanometer is one-billionth of a millimeter, which is the approximate size of the diameter of lead in a pencil. This not only makes the CBD particles small enough to be absorbed by tissue, but it also makes it easier for the particles

to disperse through water. Before nano-emulsions, the most effective form of water-friendly CBD was  liposomal CBD. Liposomes are water-containing spheres surrounded by a layer of fat. Liposomes are around 50-5000 nanometers in size and require a high quantity of surfactant chemicals to be produced. This is why nano-emulsions are the cleaner, more effective option.

When greater quantities of a compound need to be absorbed, one may want to take it through different, parenteral routes. Parenteral, which comes from Greek para (beside)and enteros (intestine), refers to routes that avoid the intestines. When it comes to CBD, these are the options available to bypass the effect: 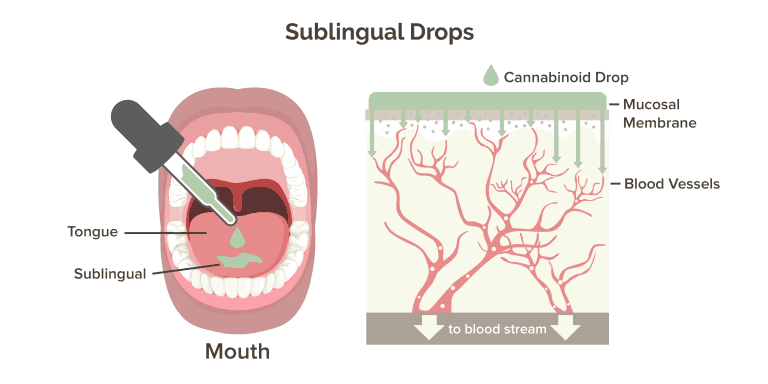 Topical application CBD drops are best taken sublingually. This involves placing a few CBD drops under the tongue, holding for 60-90 seconds, and then swallowing. This allows the CBD to be absorbed by mucous membranes under the tongue, which then disperse it right into the circulatory system, thus enhancing bioavailability. CBD drops can also be mixed in with food and drink, but taking them in that form would pass the first-pass effect.

Using CBD vape oil is by far the best way to absorb it. Similar to the way our bodies absorb oxygen when we breathe, CBD is absorbed pretty much instantly. It passes through the airways and is absorbed by air sacs in the lungs, which then disperse it right into the bloodstream. This is why vaping CBD gives you the most immediate effects – in as little as 5 to 10 minutes, users can start feeling the benefits. But the key benefit to vaping comes from the fact that it bypasses the first-pass effect, driving bioavailability up. It is for these reasons that vaping is also considered the most cost-effective since the body absorbs so much CBD in this way.

By knowing how the body works, it is it easier to choose the right product for yourself! If you’re looking for higher absorption for therapeutic benefits of CBD, you might want to try vaping. If you aren’t comfortable with vaping, sublingual application works great too. However, as a wellness product for daily support, oral CBD in the form of capsules can be great. When nano-emulsified, enough of the compound is absorbed by your system to create benefits. Better still, experiment with different forms of CBD and find out what suits your body best – and have fun while doing it!