Get FREE 250mg CBD Drops on your purchase of Volupta Intimate Oil. Use code: VOLUPTA250

You’re probably familiar with the term ‘menopause’ – the time in a woman’s life when her fertile years come to an end and she stops menstruating. What you might be less familiar with, though, is a term that’s been making the rounds on the internet recently: male menopause, or andropause. What it takes for something to qualify as an indication of male menopause is unclear - in fact, there’s skepticism about its existence altogether. To clear things up, we’re going to delve into what male menopause is, whether it can be equated with female menopause, and what could help men experiencing it.

Male menopause or andropause is the natural age-related decline in male hormones. It is also referred to as testosterone deficiency, androgen deficiency, and late-onset hypogonadism. The medical community contests the use ofthe term ‘menopause’ since it differs from the female experience in a few key ways.

It’s normal for men to experience lower testosterone levels as they age, but this isn’t necessarily always caused by aging. Prevalent conditions such as diabetes can also lower testosterone levels. In contrast to the speed at which women’s estrogen levels drop – and eventually stop, it is generally a much slower process for men. Most importantly, the testes don’t really stop producing sperm or testosterone. Some men are able to produce sperm well into old age – until their 80s or later!

Some of the debate also stems from the fact that researchers aren’t fully convinced that the classic signs of male menopause (which we will elaborate on below) are really caused by low testosterone. Current statistics suggest that only 2.1% of men are affected by male menopause, in contrast to female menopause which is a natural part of female sexual development. Because of these pertinent differences between the two, let’s refer to male menopause as andropause from here on out.

What is andropause and how do you spot it?

Testosterone is a hormone produced by the testes, and even though it gets a lot of credit for boosting a man’s sex drive, it has many more functions in the body. It’s responsible for a lot of developmental changes during puberty, maintains muscle mass, and also fuels energy. In general, the criteria for a diagnosis of andropause is 3 sexual symptoms and androgen levels lower than 11 nmol. However, andropause can be accompanied by a few more signs. 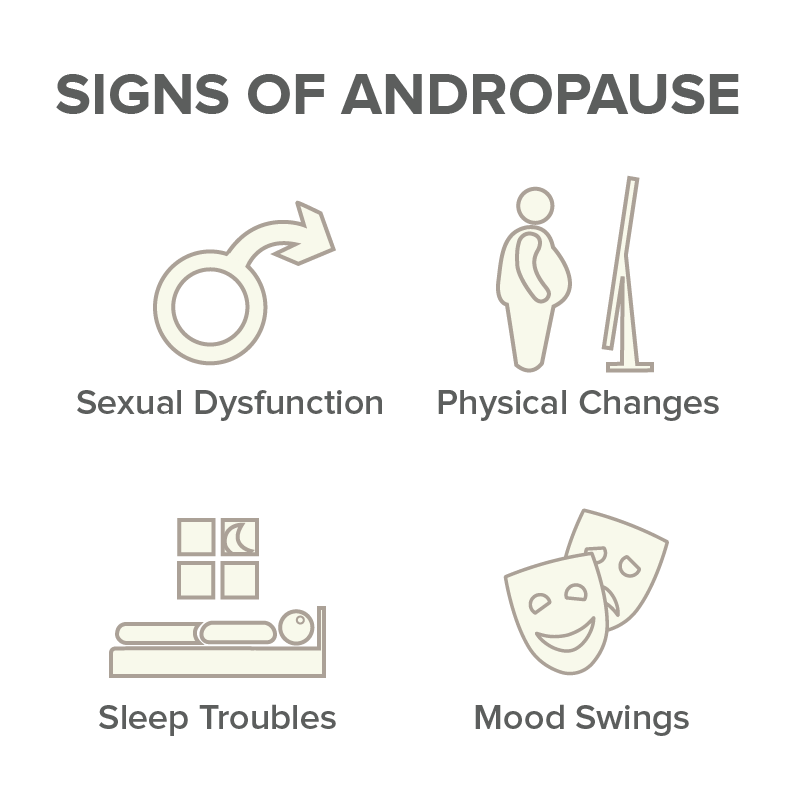 This might include a lowered libido, erectile dysfunction and infertility. The testes might also reduce in size.

Low testosterone could cause daytime sleepiness or insomnia in some cases.

Sometimes, low testosterone might cause mood or cognitive changes. This could range from frequent bouts of sadness or low motivation to trouble concentrating or remembering.

Whether these can be wholly attributed to low testosterone is debatable, but some doctors say that hormone therapy has relieved the issues related to andropause in some cases. It should be noted, however, that certain medications, thyroid issues and depression can also cause the same issues.

Can andropause be treated? 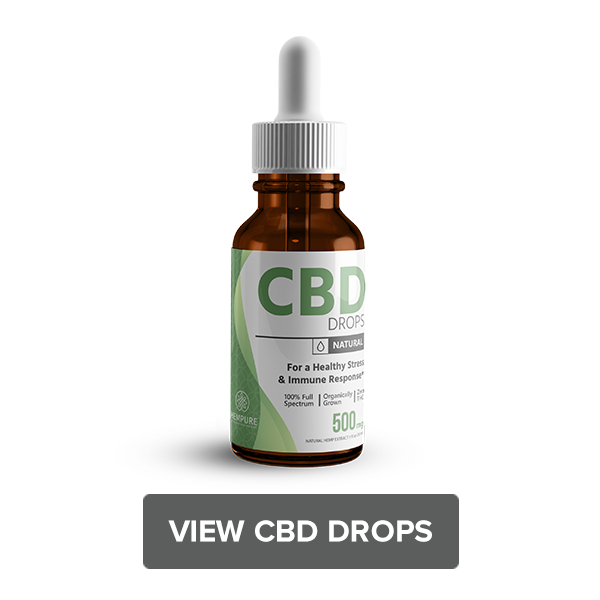 How can andropause be managed?

Those that choose not to treat their andropause could make lifestyle changes that make the transition easier. A lot of the methods employed to manage andropause could also be adopted earlier in life to delay the onset of or prevent andropause. Some of these options include:

This should ideally be a way of life regardless of whether one’s testosterone is low or not, but a healthy diet could curb weight gain and sustain normal energy levels.

Endurance training, weight lifting and resistance training can all raise levels of testosterone. However, one must exercise regularly to reap the benefits, since hormone levels will not sustain themselves with sporadic activity. Moreover, regular exercise can help with both mood and muscle strength.

The endocannabinoid system or ECS is essentially a regulatory system in the body, which means that it makes sure the other systems of the body maintain a state of balance. A healthy endocannabinoid system can support a balanced production of hormones, but studies suggest that the ECS may also play a role in mood, sleep, energy, memory and appetite. What that means is – even if supporting the ECS cannot halt a decline in testosterone levels, it could relieve some of the symptoms. Some of the ways one can support the ECS are:

Not to sound like a broken record, but the benefits of exercise can’t be stressed enough! Research suggests that exercise can flood the brain with endocannabinoids such as anandamide or ‘the bliss molecule’ which has been linked to immunity, better moods and fertility.

CBD or cannabidiol is a compound found in the hemp plant which interacts with components of the endocannabinoid system. Studies suggest that CBD might block an enzyme that breaks down anandamide in the brain. This could lead to more prolonged effects of the anandamide on one’s body.

Stress can exacerbate some of the symptoms of andropause, which is why doctors recommend stress management techniques such as meditation or talk therapy to deal with it.

For most men, a decline in testosterone will be unaccompanied by any noticeable symptoms. However, it’s important that the men that do deal with andropause are able to reach out and get the help they need. Unfortunately, sexual dysfunction and mood problems among men are often stigmatized. One can hope that a more open climate leads to more men reporting their problems so that andropause can be well studied in order to give sufferers the relief they need.