The cleanest tasting CBD OIL on the internet. Purchase here.

Even though almost every woman will experience menopause at some point in life, most don’t really think about it until the first changes start to appear. Muscle pains, sleeplessness, inexplicable mood swings – it’s almost like being a teenager all over again, perhaps worse! Now, more women are sharing their experiences of menopause. As a result, more research is being conducted on how some of the effects can be dealt with to make the process easier. CBD or cannabidiol which is popular for stress and pain relief, is also being investigated to see if it can help. 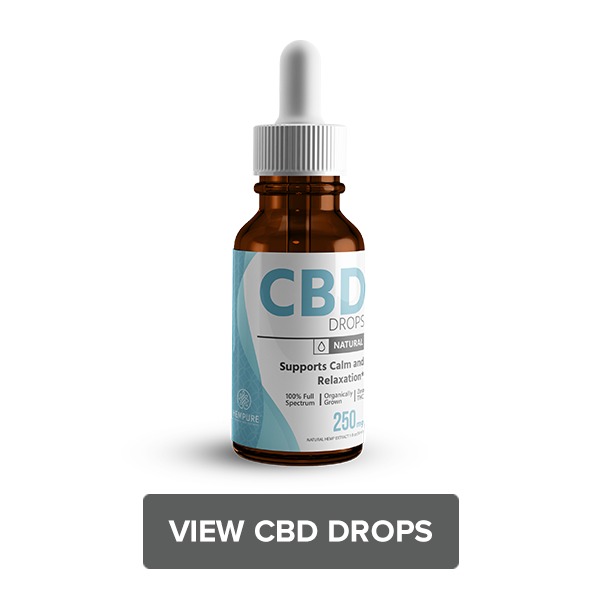 Women are born with a limited number of eggs in their ovaries. In fact, all the eggs are made when the female foetus is in the womb. By the 20th week of pregnancy, the developing ovaries in the foetus will contain close to 5 million eggs - the most she will ever have. In the weeks to follow, about two thirds of these eggs degenerate, and by the time a female is born she could have anywhere between half to one million eggs.

This quantity of eggs is called the ‘ovarian reserve’, and is stored in structures called primordial follicles. Before each ovulation, about 30-40 follicles start to develop, but only one lasts it out to ovulation to release an egg. It’s because of this that a woman ovulates only about 400 eggs during her reproductive life.

Every month after the start of menstruation, the ovaries will release one egg, which if unfertilized will be expelled from the body as a part of the menstrual cycle.

The ovaries also produce estrogen and progesterone, which are hormones that modulate the menstrual and reproductive process. Menopause occurs when the ovaries stop releasing eggs and the menstrual cycle ends.

There are three broad stages to menopause. 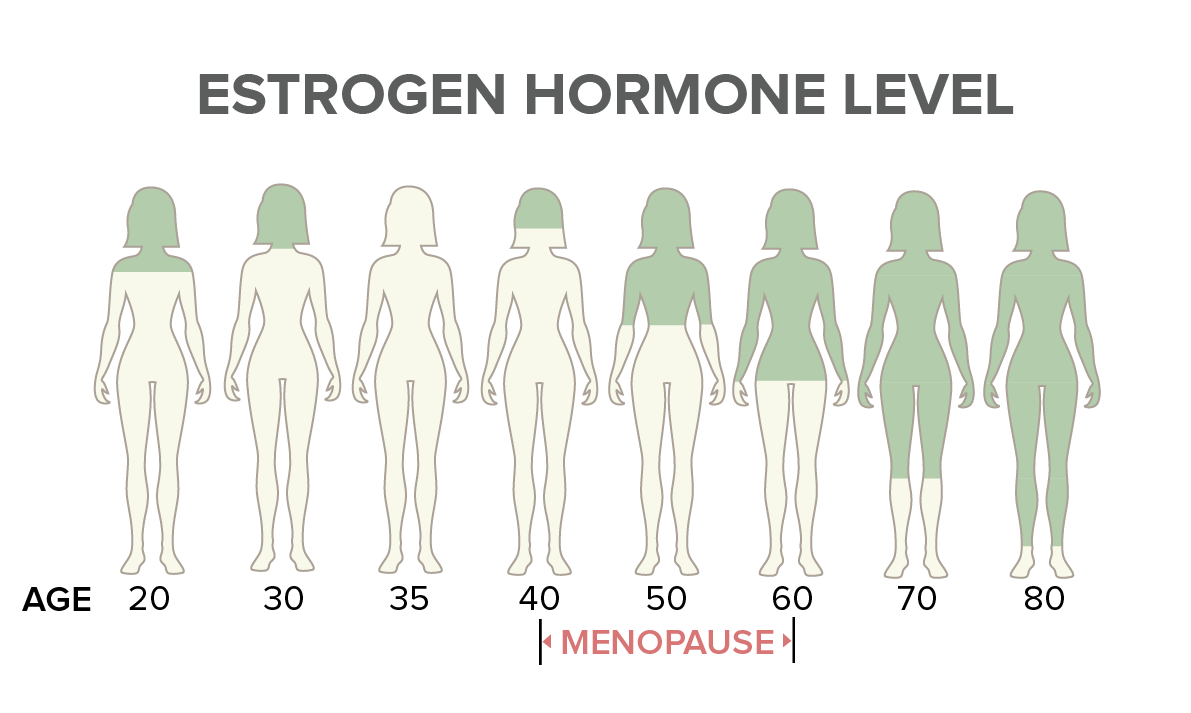 Menopause officially occurs when a year has passed since the last menstrual period. The ovaries are no longer releasing eggs and might only be producing very small amounts of estrogen.

In the years following menopause, a lot of troubling signs of menopause start to die down. This period is called post-menopause.

What are the signs of menopause?

The most talked-about sign of perimenopause is hot flashes. Hot flashes are an experience wherein the upper body feels sudden warmth and is usually accompanied by sweating or blushing. The frequency and strength of hot flashes will vary from woman to woman.

Other signs of menopause include:

Most of the above can be attributed to the drop in estrogen levels. Estrogen has many functions beyond reproduction – it helps keep the vagina lubricated and plays a role in managing neurotransmitters such as serotonin and norepinephrine which are responsible for mood and sleep. This explains why many women experience mood swings, insomnia and vaginal dryness at menopause. 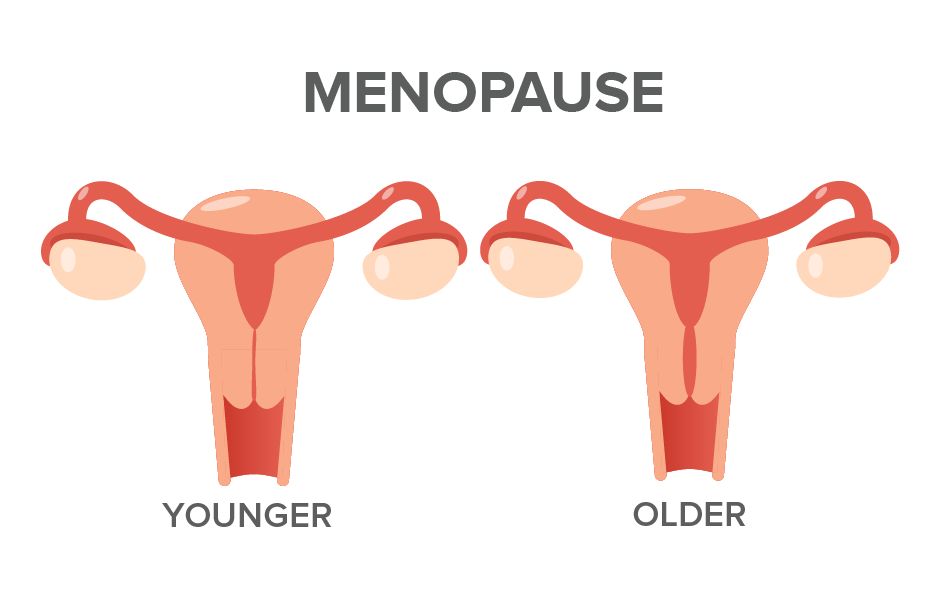 How does one manage menopause?

Since menopause is a natural part of reproductive development, any treatment options are simply focused around making the woman more comfortable as she goes through it.

Estrogen therapy can be used to relieve hot flashes and might be effective in preventing bone loss (a possible issue that could arise post-menopause). Long term hormone therapy comes with risks, which is why most doctors will prescribe it for the shortest time frame possible.

Estrogen administered directly to the vagina could sometimes help with dryness or sexual discomfort.

Even though CBD has only gained popularity in the last few decades, women using cannabis to ease menstrual and menopausal signs isn’t new by any means. Anecdotal evidence from women suggests that it is effective, though further research is definitely needed. If CBD does ease some of the problems associated with menopause, it could be because of the body’s endocannabinoid system.

In fact, CBD has become a popular product among the women’s biohacking community to cope with issues such as PMS or ones that disproportionately affect women, such as mood disorders.

Menopause and the endocannabinoid system

The ECS plays a major role in many bodily functions like mood regulation, immunity, pain sensitivity, sleep, memory, fertility and temperature regulation. There is some evidence that menopause disrupts the endocannabinoid system and that early onset menopause may be linked to endocannabinoid deficiencies.[2]

What could CBD help with?

CBD may not be able to eliminate menopausal symptoms, but it could provide much-needed relief in some areas.

Inflammation across the system rises around menopause leading to pain in joints and muscles.[4] Contrary to popular belief, this isn’t because of old age, but more likely due to the drop in estrogen levels. As a soothing agent, CBD might be able to provide some relief. In fact, several MMA fighters use CBD to reduce inflammation and speed up recovery time between fights.

The American Sleep Association says that CBD might help with more restful, restorative sleep. This could be because of CBD’s effect on stress, which means it gets right to the root of sleeplessness rather than just making one sleepier.[5]

Menopause, like menarche, brings tons of mood swings with it. As mentioned earlier, this is most likely due to fluctuations in estrogen and progesterone, which in turn lead to fluctuations in serotonin and norepinephrine. Good news though: the endocannabinoid system also works closely with these neurotransmitters, promoting their healthy release.[6] Supporting the ECS could help balance out the levels of these chemicals to keep moods more stable.

Other troubling aspects of menopause, like brain fog and memory loss, haven’t been researched for their reaction to CBD, but CBD is known to be a neuroprotectant. Similarly, how CBD affects issues like vaginal dryness hasn’t been studied, but CBD lubricants appear to work since topical CBD is a vasodilator. Here’s what we do know, however. Thousands of people take  CBD to relieve stress and pain with little to no side effects. If CBD could make the inevitable process of menopause just a little bit more comfortable, why not give it a shot?